Mike has announced rodeos from New York to California and from Florida to his home state of Texas. In fact, the list of rodeos he has repeatedly been selected to announce are some of the top in the business. They include five times the Professional Bull Riders Finals in Las Vegas, The National Finals Rodeo Steer Roping Championship, the American Quarter Horse Association World Championship in Oklahoma City, The Mesquite Rodeo, the Texas Circuit Finals in Waco, the Dixie National in Jackson Mississippi, The Dodge National Circuit Finals in Pocatello, Idaho and the Old Fort Days Rodeo in Ft. Smith, AR. In 2002 he was nominated for PRCA Announcer of the Year and inducted into the Texas Cowboy Hall of Fame in 2013.

Today, Mike’s unique style, voice and talents are renowned in the rodeo business and of course in big demand. With rodeo experience that spans the entire arena as a competitor, Committee Chairman and as a in-arena showman, Mike’s insight into rodeos’ sporting/entertainment world give him the unique ability to excite and entertain the most seasoned rodeo veteran or the first time rodeo attendee.

Mike considers his the famous "Frog" and "Hidalgo", the horses that travel across the country with him an integral part of his success.  Mike's horses are exposed to a strenuous travel schedule and he takes extra precautions in caring for his horses well-being. Mike utilizes the technology in the Horse Hydrator because he knows proper equine health stems from adequate hydration! 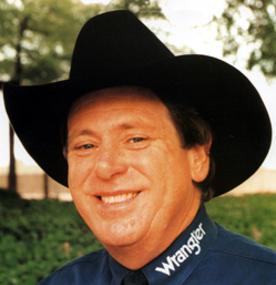 Aaron Ralston lives in the heart of the Roaring Fork Valley in beautiful Silt, Colorado, where he owns and operates a successful performance horse operation with his wife Meg.2004 AQHA Senior Reining Reserve World Champion

Some of Aarons accomplishments include;

All Around Open Horse
Heading and Heeling Circuit Champion 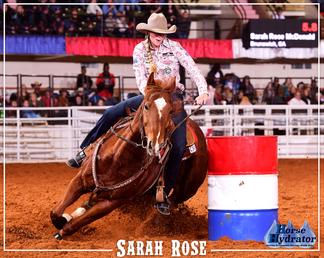 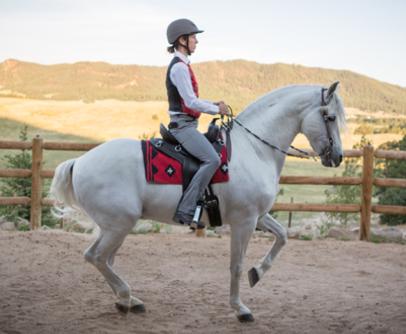 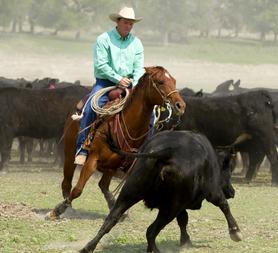 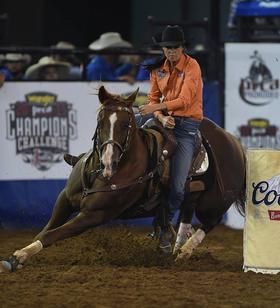 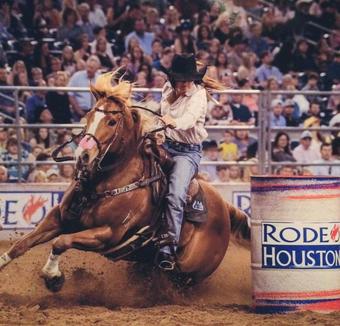 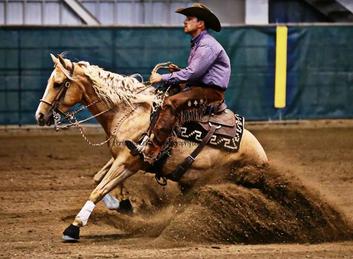 Most prominent in the dressage competition scene, she has trained and competed through the FEI levels but has also competed in long distance trail riding, Ride & Tie, breed shows, and almost everything in between. She won three consecutive East Coast championships in distance riding, becoming the youngest rider in history to win the prestigious Vermont 100 Mile Competition. A proponent of interdisciplinary study, she serves as an advisor to the Western Dressage Association of America.

Jec’s lifelong study of classical dressage includes ten intensive training residencies in Portugal, two training residencies in Holland, and one residency in Germany with the late Egon von Neindorff. Most recently, she has studied in Melbourne, Australia with Manolo Mendez, original head rider of the Royal School of Equestrian Arts in Spain. She works tirelessly as an advocate for the understanding that proper biomechanical movement and athleticism can never happen as a result of short-cuts, force, or hurried training methods.

A true blue American cowboy with a boyish enthusiasm for life and strong family values, Ken McNabb grew up in a traditional ranching family in the mountains of Wyoming . This modern day Roy Rogers knew from a young age that he wanted to help others gain knowledge and confidence to achieve a new level of horsemanship. Ken creates a unique environment where each horse is trained using gentle methods and the rider is coached to become their personal best. Ken's faith in Christ, along with his commitment to strong family values and patriotism, help make him the kind of speaker/trainer people enjoy.

2017 Highlights
• Won the average at the Prairie Circuit Finals Rodeo
• Co-champion at Great Plains Stampede Rodeo (Altus, Okla.)
• Finished third at Lawton (Okla.) Rangers Rodeo
• Finished third at the Colorado State Fair & Rodeo (Pueblo)
• Finished third at the Kaw Valley Rodeo (Manhattan, Kan.)
• Finished in a tied for third at the Laramie (Wyo.) Jubilee Days
• Finished third at West of the Pecos (Texas) Rodeo
• Finished in a tie for third at ABC Pro Rodeo (Lubbock, Texas)
Career Highlights
•      2016 - Entered the Wrangler NFR ranked 13th, placed in two rounds and finished 15th with $103,991 after winning $23,115 at the NFR. Won Kansas' Biggest Rodeo (Phillipsburg), the Snake River Stampede (Nampa, Idaho) and the St. Paul (Ore.) Rodeo; won $18,315 during the Fourth of July week the third most amongst WPRA members, finished second in the average at the Red Bluff (Calif.) Round-Up.
•      2015 - Finished the year ranked 13th in the world with $107,493 in earnings. Won $19,673 at the NFR; on the Lea County Fair and Rodeo (Lovington, N.M.), the Lawton (Okla.) Rangers Rodeo, the Gooding (Idaho) Pro Rodeo, the Horse Heaven Round-Up (Kennewick, Wash.) and the Hugo (Okla.) PRCA Rodeo; finished second at the Sheridan WYO Rodeo, the Greeley (Colo.) Independence Day Stampede and Rodeo Austin; co-champion at Oakdale (Calif.) Saddle Club Rodeo
•      2014 - Finished the year ranked 23rd with $47,747; was the second highest placing barrel racer over the Fourth of July run earning $20,294 just behind Kaley Bass at $28,814; won the Cody (Wyo.) Stampede and the Home of Champions Rodeo (Red Lodge, Mont.), finished second in the average at the Red Bluff (Calif.) Round-Up.
•      2013 - Finished 12th in the WPRA Rookie of the Year standings with $11,504, which was won by Taylor Jacob. Won the Colorado State Fair and Rodeo (Pueblo)

•      Won the Lea County Fair and Rodeo (Lovington, N.M.)
•      Won the Day's of '76 Rodeo (Deadwood, S.D.)
•      Won the Last Chance Stampede (Helena, Mont.)
•      Won the Cedar City (Utah) PRCA Championship Rodeo
•      Won Clovis (Calif.) Rodeo
Career Highlights
•      2015 - Finished the year ranked third in the world with $284,426. Placed in seven out of 10 rounds winning Rds 4 and 7 and tied for the win in Rd. 6. Finished sixth in the average with 148.50 seconds on 10 runs and won $139,827 at the NFR, the most of any barrel racer; won the Days Of 47 Rodeo (Salt Lake City), the Days of the Old West (Delta, Utah), the Canyonlands PRCA Rodeo (Moab, Utah) and the Fort Worth Stock Show and Rodeo and $20,932 in earnings; Finished third at the San Antonio Stock Show and Rodeo.
•      2014 – Won the WPRA Rookie of the Year title with $64,063 in earnings at 59 rodeos. Finished second in the Southeastern Circuit standings behind Victoria Williams to qualify for first Ram National Circuit Finals Rodeo; won rodeos in Sidney, Iowa; Hill City, Kan.; Spanish Fork, Utah; and the Justin Boots Championships in Omaha, Neb.; finished second in the Champions Challenge in Omaha, Neb. and was second in the average at the Justin Boots Playoffs in Puyallup, Wash.

Sarah knows the hardships that rodeo horses have to endure while traveling across the country.  The industry has been waiting for a product that eliminates contaminants from the water to give the horse a scentless and tasteless water.  Sarah understands that a well hydrated horse is a horse that will perform better.